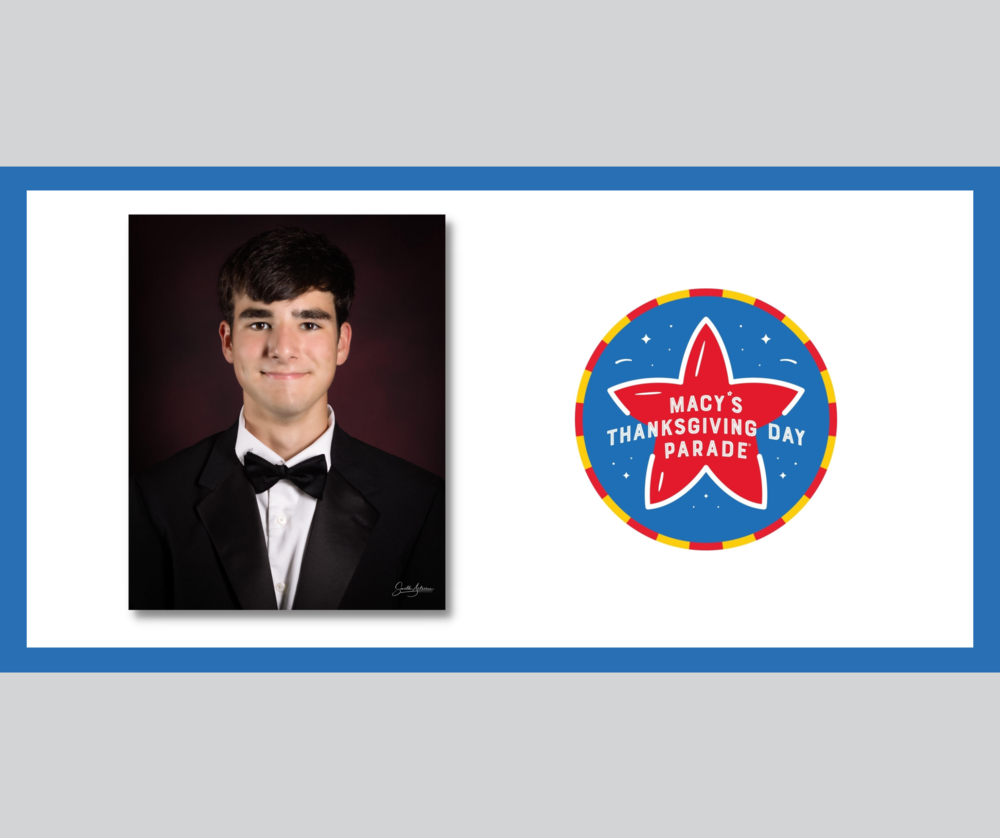 Television viewers tuning in for this year’s Macy’s Thanksgiving Day Parade before they enjoy their holiday turkey on Thursday might catch a glimpse of one Marion High School student who will be taking part in the annual parade.

The parade will be aired nationally on NBC from 9 a.m.-noon. The parade follows a 2.5-mile route in New York City, winding from the Upper West Side to Midtown. In addition to marching bands and other entries, the parade is famous for its giant helium-filled balloons featuring various characters from pop culture.

The Macy’s Great American Marching Band is under the direction of Dr. Richard Good, Dr. Doug Rosener, Mr. Bart Woodley, and Ms. Kailene Laga. This staff is also assisted by several talented music educators from across the country who serve as section instructors for the winds and percussion and assist in teaching the music, drill, and parade formation. The 185 musicians will be complemented by approximately 40 flags and dancers.

Owen was selected for the honor of marching with the band following a rigorous process that included a written application and videotaped music and marching auditions.

As in past years, the prestigious band will take an honor position among the balloons, floats carrying celebrities, and other top marching bands from across the country. Stepping off from Central Park, the band will be cheered by the 3 million spectators lining the parade route. Arriving at Macy's Herald Square, the Band will perform for celebrity hosts, a grandstand audience, and more than 50 million TV viewers watching the broadcast on NBC.

he Marion School District is an innovative and growing district committed to helping every student find their unique path to success in school and in life. With more than 150 years of experience serving families in Crittenden County, the district offers a high school, a junior high, and three award-winning magnet schools. For enrollment information, including information on school choice, visit https://www.msd3.org/ or call 870-739-5100.