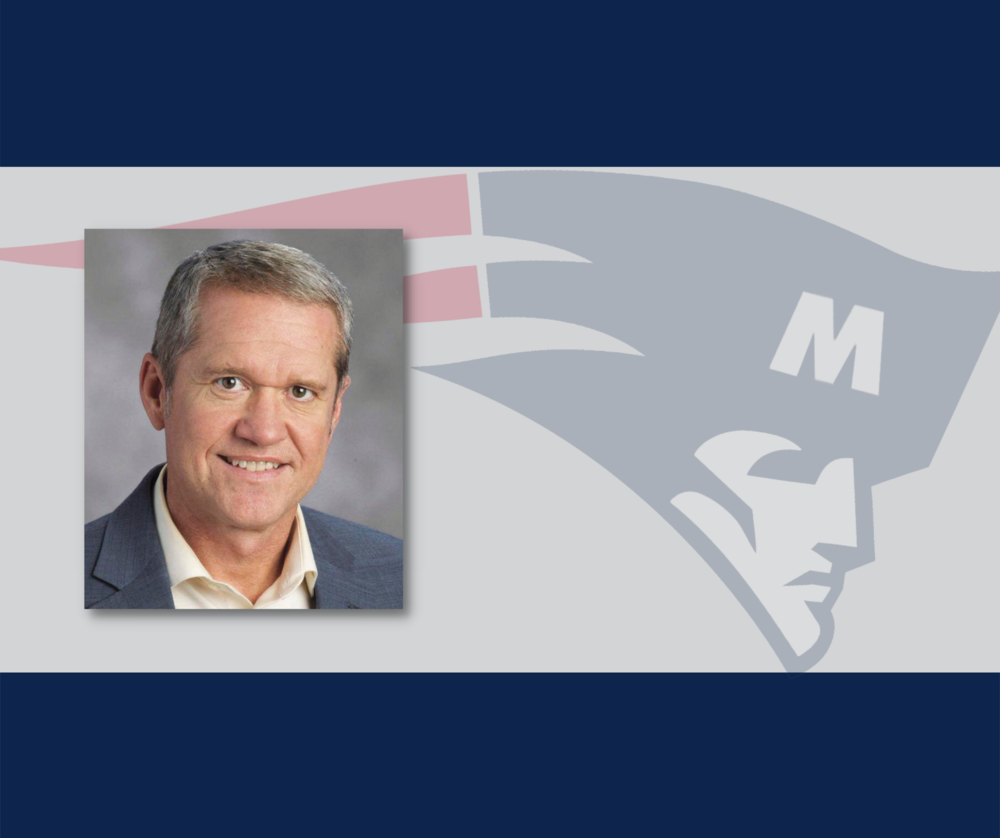 The Marion School District is pleased to announce the hiring of Dr. Mike Skelton as principal at Marion High School, starting with the 2022-23 school year. The move was approved Thursday night by the Marion School Board.

Skelton will replace Paul Johnston, who is retiring. Skelton comes to Marion with wealth of experience in educational leadership, including administrative stints at Pocahontas, Paragould, Jonesboro, and most recently, Benton.

Dr. Glen Fenter, Marion superintendent, said he is thrilled to have an educator of Skelton’s caliber coming on board as high school principal.

“It’s not often that you have the opportunity to hire someone with a track record in educational leadership like that of Dr. Skelton,” Fenter said. “We are incredibly excited to add his talent, skillset, and experience to our team. Mike is certainly well-respected across the state of Arkansas, and he worked in our community earlier in his career, so he knows the area well. I am confident that he will be a tremendous addition to an already great team at Marion High School.”

A native of Kennett, Mo., and a graduate of Arkansas State University, Skelton began his career in education as a teacher and coach in the West Memphis School District.

“Having started my teaching career in Crittenden County, and with my wife being from here, we’ve always felt like this was home,” Skelton said. “I’ve been gone for 20 years, but I’ve always kind of been watching Marion. I am in awe of the things this district has accomplished in the last five years.”

He said he sees many similarities between the programs in place at Marion and the things he has worked on throughout his educational career.

“I have been very blessed to have worked with some amazing educators at every stop I’ve been at,” he said. “I’ve learned from all those folks. That’s something I plan to continue doing here at Marion. Marion has some really great things going on, and I’m excited to be a part of it.”

In particular, Skelton had positive things to say about his time in Benton, where he served as superintendent from 2016 until last October, when he and the Benton School Board reached a mutual agreement to part ways.

“I am really proud of what we accomplished at Benton,” he said. “We had a lot of good progress, from increased teacher pay, to facility improvements, to new academic programs. Ultimately, the board there decided they wanted to go in a different direction. And it was probably time for me to move in a new direction, too.”

That new direction will be Marion, where Skelton said his first priority will be getting to know people. He plans to set up meetings with faculty and staff over the next few weeks and will meet with students and student groups when the new school year begins in July.

“The No. 1 thing that drew me to Marion was the people,” he said. “It is clear that we have a great team in place at Marion High School, and I am looking forward to building on the strength of that team. I’m excited to be here, and I’m excited to see what we will accomplish.”