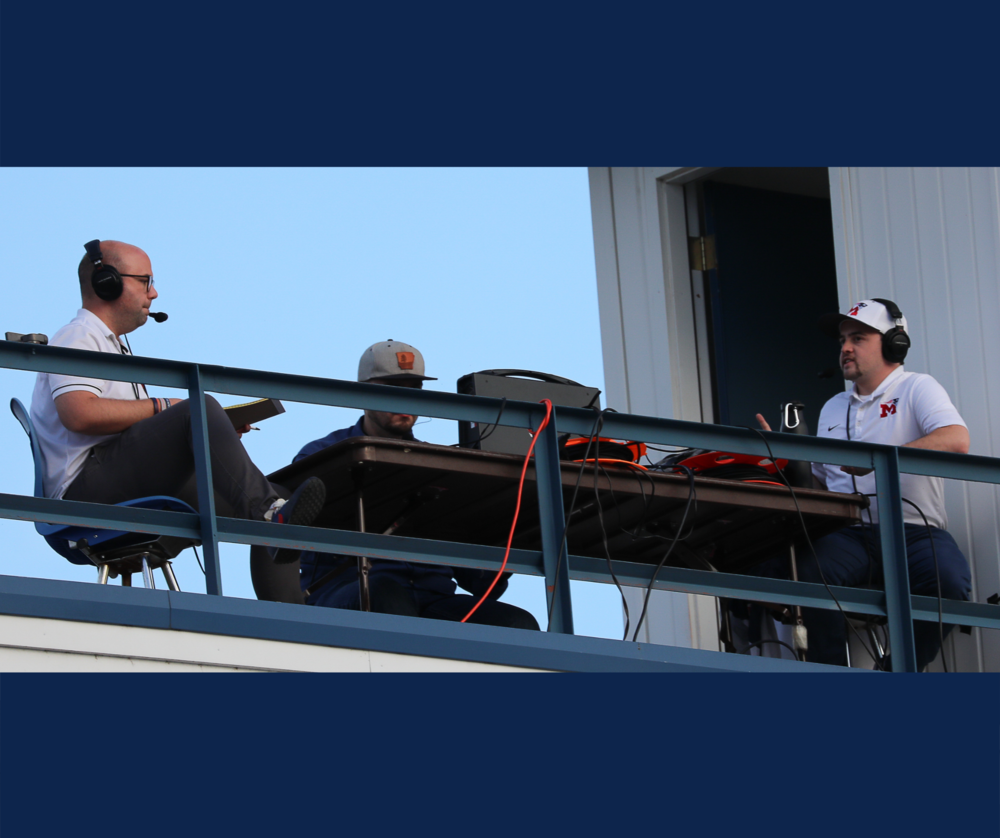 On the heels of winning two national awards a year ago, the Marion Patriots Activities Network picked up three more national honors during the recently announced 2021-22 Mascot Media Awards.

Mascot Media specializes in bringing school athletic programs to fans and patrons through digital media. The company supports more than 1,500 schools nationally, including more than 140 schools in Arkansas.

Through MPAN, the Marion School District provides free livestream coverage of Marion School District events at MarionPatriots.com and through the Marion Patriots Mascot Media app. The live events include commentary, stats, multiple camera angles, and more. MPAN has broadcasted events since 2016 and presented more than 80 events during the 2021-22 school year, with state tournaments still scheduled for baseball, softball, and girls soccer.

“We couldn't be more proud of our broadcast team's national recognition,” said Marion superintendent Dr. Glen Fenter. “We always love being able to showcase our students, and with MPAN, we are able to do it in such a high-class and professional way. This allows parents, relatives, friends, and anybody else in the community to see some of the great things our students are doing, even when they can’t be there in person. I appreciate the countless hours our MPAN team puts in to make this happen.”

The Event of the Year prize was in recognition of the 2021 Marion-Greenwood Class 5A state volleyball quarterfinal contest, which the Patriots won in five sets. The contest featured an exciting late charge by Marion in the deciding set when the Patriots scored the last four points to advance to the semifinals for the first time since 2016.

“As soon as that game ended, I felt like it was the Game of the Year,” said Marion communications specialist Tyler Bennett, who was honored as part of the Best School-Run Broadcast Team. “It was such an exciting game, and it was close. You just knew that you'd seen something special.”

The Play of the Year was a dunk by Marion’s Ryan Forrest during a 64-46 semifinal victory over Lake Hamilton during the 2022 Class 5A state basketball tournament in Sheridan. Bennett said the dunk was one of several that could have been submitted for the year’s top play.

“Honestly, there was one dunk against Batesville that might have been more exciting, but it just didn't pan out,” said Bennett. “Ryan had such a great year that stuff like that dunk was pretty common by that point.”

This marks the second year in a row that Bennett has headlined Mascot Media Best School-Run Broadcast Team. This year, he was joined by first-year communications specialist Chuck Livingston, who came on board in July following the departure of MPAN co-founder Landon West. MHS alum Mary Claire Reece, as well as current MHS students Will Zheng, Ashlon Walker, and Mady Williams, comprised the rest of the award-winning crew.

“All of the awards that we won were voted on, so you can't say enough about the support of people who took time out to vote,” said Bennett. “To repeat as best school-run broadcast shows a lot of faith and support from the community to the product that we put out.”

Other winners from the 2021-22 Mascot Media awards were Coppell High School in Coppell, Texas, for Most Users and Most Active Fan Base; Weatherford High School in Weatherford, Texas, for Best Sports Network and Most Events Broadcasted; and Jason Lutz and Chris Ern of Christian Brothers Academy in Lincroft, N.J., for Broadcast Teacher of the Year and Broadcast Production MVP, respectively. Trinity High School in Euless, Texas, was recognized for Most Broadcast Views.