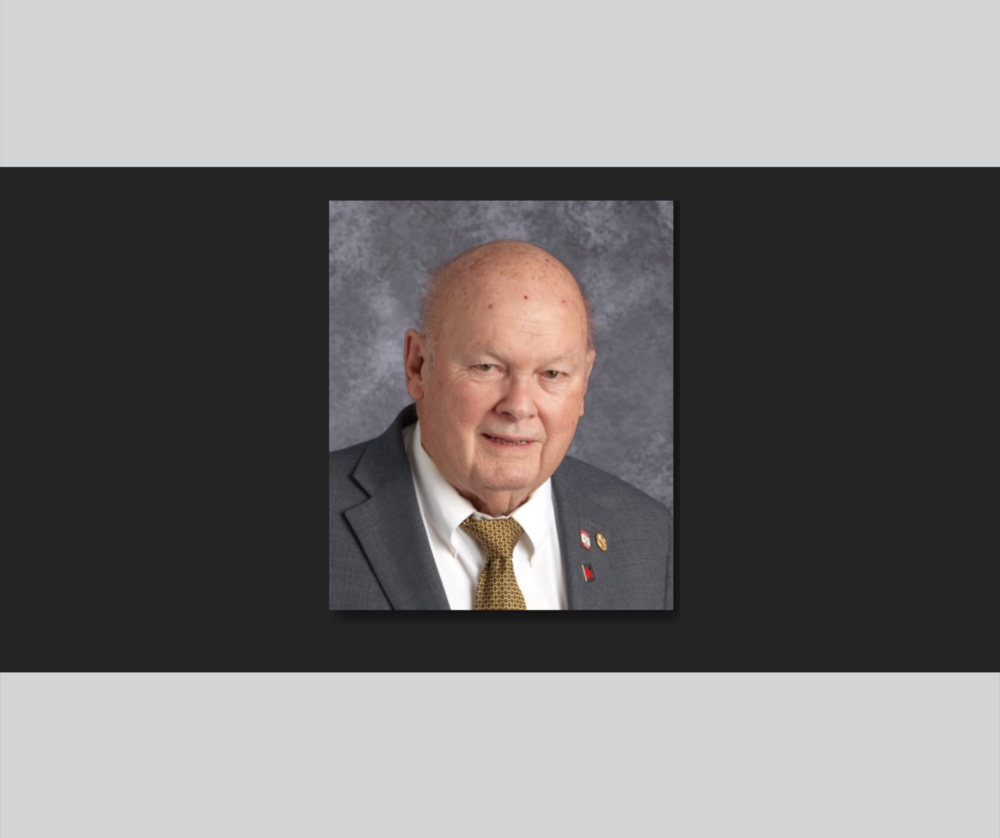 The Marion School District is mourning the loss of an educational legend this week with the passing of its longtime school board president, A. Jan Thomas Jr.

Mr. Thomas had been a member of the Marion School Board since 1983, serving as board president since 1985. Thomas was instrumental in the progress the Marion School District made in growing from a small rural school district in the early 1980s to a large modern school district that covers more than 200 square miles and provides a rigorous education to nearly 4,000 students.

A memorial service honoring Mr. Thomas will be held at 11 a.m. Tuesday, December 28, at the Marion Performing Arts Center.

Mr. Thomas is being remembered with deep respect and admiration by those who worked closely with him in the schools and the community.

“There are not enough words to express the contributions Jan Thomas made to our schools and our community. He was the consummate board member and the type of board president that any superintendent would be honored to work with. In a district that has undergone numerous significant changes over the past several decades -- many of which were potentially traumatic -- Jan Thomas’ leadership was the steady hand that guided the ship. Absent his involvement, this school district, and consequently our community, could have easily failed to successfully navigate the numerous challenges associated with our Delta region. Simply put, the impact Mr. Thomas has had on the Marion School District -- and the Marion community -- cannot be measured.”

From the Rev. Jeffery Richardson, Marion School Board vice president:

“I served with Jan Thomas on the school board for more than 30 years. During our time together, he showed nothing but leadership. The schools have come a long way in those 30 years, and Mr. Thomas brought so much to the district and the community. With his passing, it’s a great loss. It’s a loss of knowledge, and a loss of leadership. He will be missed. He was a good friend.”

From Mr. Steve Sutton, member of Arkansas State Board of Education and former Marion School Board member:

“Jan Thomas was not only my good friend for over 30 years, but my mentor and counselor for whom I had the most utmost respect. I served with Jan for over 28 years and witnessed his unwavering dedication to the students and staff of the district. Jan had a soft spot for the defendant and the underdog -- he was a defense attorney who believed everyone deserved a second chance. While he may have portrayed a gruff and sometimes intimidating exterior when necessary, he was a gentle giant inside. The Marion School District and Crittenden County lost a faithful citizen with his passing, as he will be greatly missed by those he befriended over his years. I will miss my friend immensely.”

From Mayor Frank Fogleman, mayor of Marion for 28 years:

“Jan’s leadership of the last 40 years has contributed mightily to the strength and stability of our public schools, which are obviously, one of our community’s greatest assets. The city of Marion owes Jan Thomas a great debt.”

Over a career that spans nearly four decades, Mr. Thomas’ leadership has been a driving force in many key initiatives for the Marion School District, including the following:

He served as a member of the Arkansas House of Representatives from 1969 to 1971, and in 1978, he was appointed as a U.S. Bankruptcy Trustee for the Eastern District of Arkansas. He is a former deputy city attorney for the city of West Memphis, as well as a former deputy prosecuting attorney for the Second Judicial District. From 2002 until 2007, he was president of the Scouts on Stamps Society International, and in 2014, he received the Legacy Award from the Arkansas Bar Association.

“Mr. Thomas always went way beyond the normal responsibilities of a school board member,” Fenter said. “Over the years, the number of events he has attended cannot be counted. When we had a band concert, a choir concert, a drama production, or an athletic event, Mr. Thomas was there to support our students and staff. He always utilized every opportunity imaginable to promote the Marion School District. He was willing to do anything needed to help any student or staff member. To Mr. Thomas, there was nothing more important than supporting the Marion Public Schools, and he lived out that philosophy on a daily basis.”