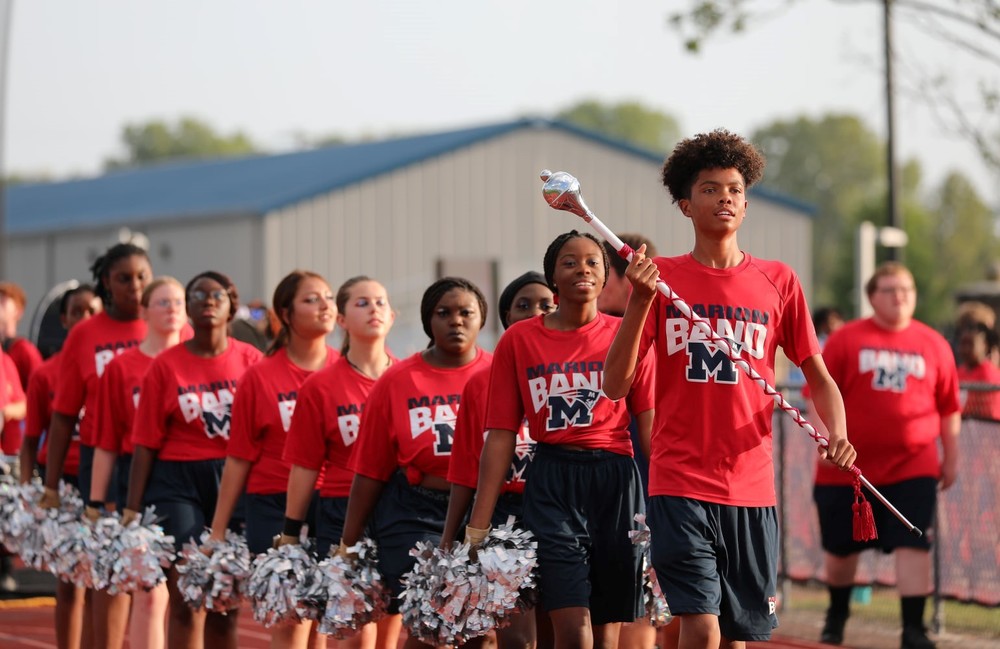 It's quite possible that you won't even recognize the Marion Patriot Pride Marching Band when you see them in action this fall.

Under the direction of second-year Director of Bands Monty Hill, the MPPMB took the field last Friday night (August 27) for the first time this season, with 105 members, up from 70 a year ago. The MPPMB, which finished third last year in the state marching contest, will participate in five marching competitions this fall, clad in new uniforms and a slew of new instruments.

“Our senior class has doubled in size compared to a year ago,” said Hill, who previously directed championship bands at Greenwood and Lake Hamilton. “That's a really good indicator to the state of our program. Our sophomore class were freshmen last year, and we literally lost just one person from that whole class. So that means they're into it, and we've seen some truly impressive growth with this year's group. If normal attrition rates hold, we'll easily move up 60 ninth-graders next year, and have more than 140 in the band.” 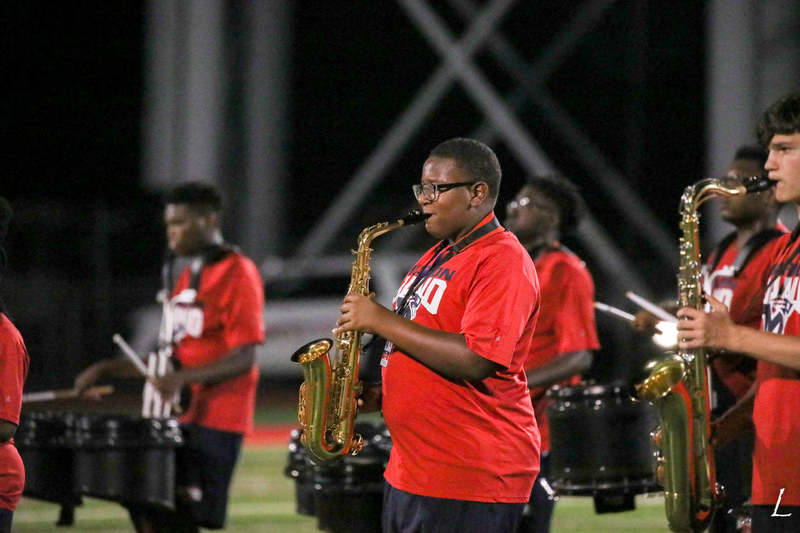 “That's our big thing here has been making sure our kids get scholarships,” said Hill. “If you want to get noticed, college band directors are at marching band contests.”

While ramping up to perform at the Wynne football game, each Marion section leader called voluntary sectionals, which 90 percent of the band attended. 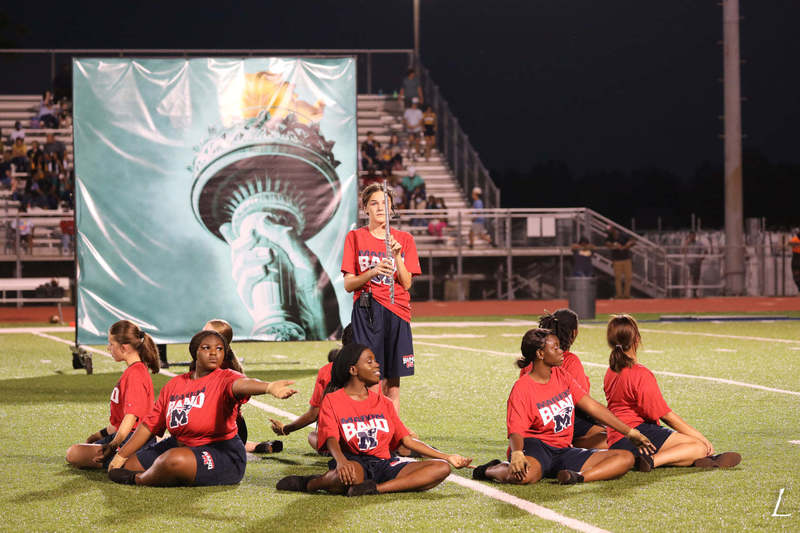 This year's musical theme is “Coming to America,” which features a series of props displaying the Statue of Liberty. The show is based on the popular Neil Diamond song and will also feature tunes from James Brown and Cardi B.

Junior Drum Major Caden Littlejohn is “outstanding,” said Hill. “He has a saxophone solo in the show and will do very well.” Seniors Eddie Wilson and Kendrick Blair are percussion section leaders this fall. Seniors Amarius Jenkins and Cassidy Clark are flute section leaders. Allie Jenkins, sister to Amarius, is the clarinet section leader. 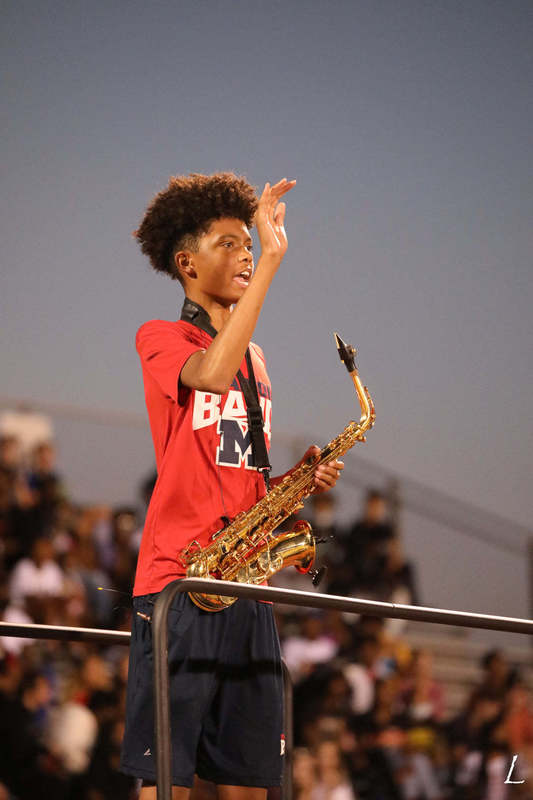 “Everything we're doing this year is geared toward being very competitive,” said Hill. “We're blessed to have the resources to make this type of thing happen.”

Marion's band room underwent needed changes over the past year, including new carpet and paint. The new instruments include new brass and percussion. The new uniforms are modeled after the flag, including stars on the sleeves.

The Marion band staff consists of Valerie Hill, junior high director of bands and wife to Monty; and Sam Johnston, junior high and senior high assistant of bands. The program consists of four periods of beginning band, one period of eighth-grade advanced band; and high school band first period and after school. Band members in grades 8-12 will perform at halftime of the September 10 football game against Joe T. Robinson. 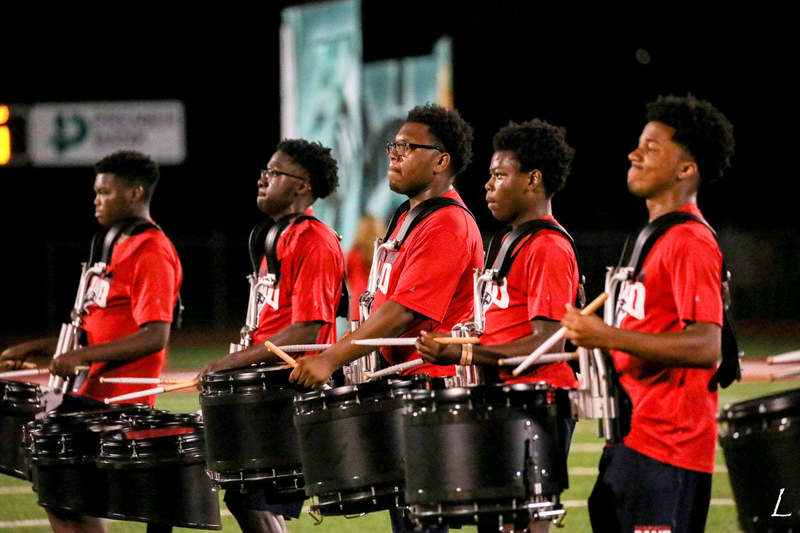 “Some places have high school band seventh or eighth period and stay after,” said Monty Hill. “Something I admire about some of my kids is they'll come to band first period, get all hot and sweaty, go take college classes, and come back for band after school for practice. That's a lot of travel, but that's been neat to see.” Following the state matching contest, preparations begin for a Christmas concert, followed by all-region tryouts in December and January. Concert assessment is in March followed by spring training in April for the following year's show.