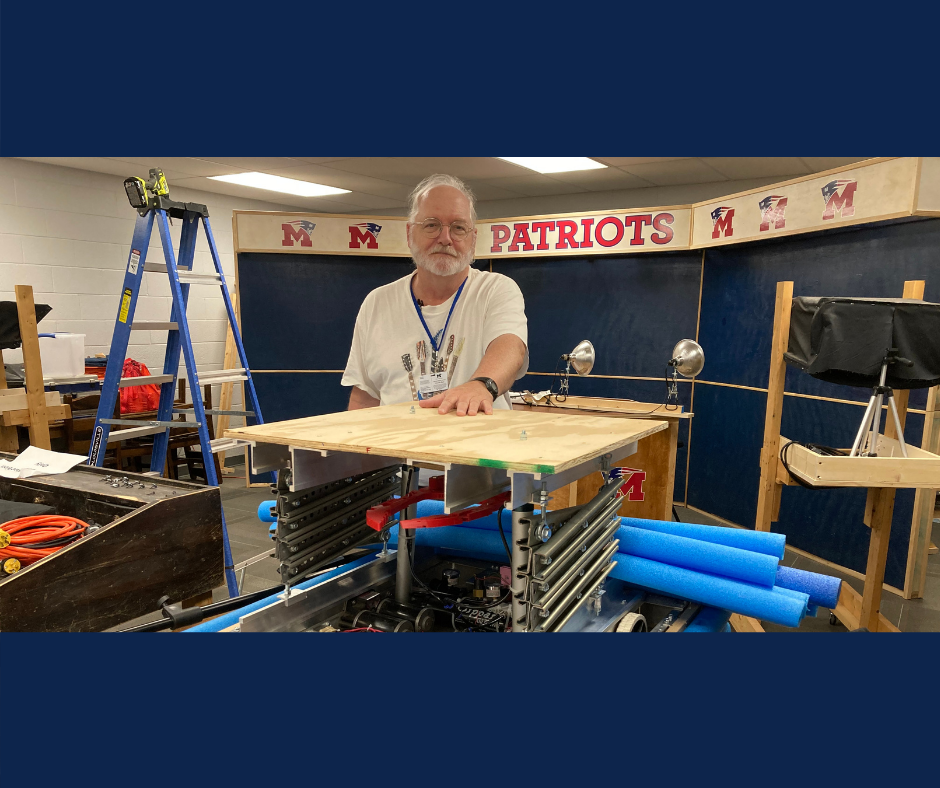 Dan Mouritsen offers a quick word of caution in his classroom on a hot July afternoon.

"I know a lot of people hear robotics and think you build a robot and go out like it’s ‘Battlebots’ or something," said Mouritsen, Marion School District's fifth-year robotics sponsor. "But you learn everything that goes into creating a robot, and that's very valuable."

Mouritsen, who arrived in Marion in 2015 as a long-term substitute teacher and co-sponsor of the robotics program, has enriched the lives of many students. Brighter days may be ahead -- Mouritsen expects between 25 and 30 junior high and high school students on the 2021-22 robotics team, the most since taking the program over.

"We're in a healthy place as far as interest," said Mouritsen. "We have had younger students declare their interest in the program. If we were able to partner with Marion Math, Science and Technology (MST) Magnet, then we would be over 50 kids, all the way down to kindergarten." 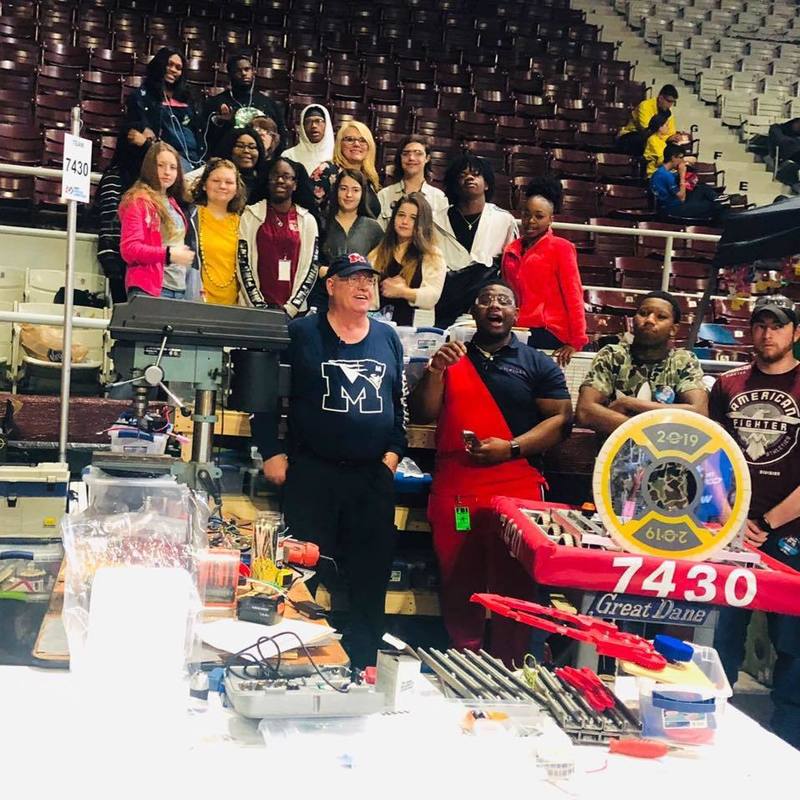 MHS robotics typically takes part in four competitions during the school year. Boosting Engineering Science and Technology (BEST) is a national, six-week robotics competition held each fall. BEST, which kicks off in September and runs to the end of October, is designed to interest middle and high school students into possible science, technology, engineering, and mathematics (STEM) careers.

Teams are judged on the quality of their robots at the BEST competition, but also on school spirit and support.

"They'll say, ‘Hey, this is a great robot, but did you write a song for your team and cheer on your teammates?’" said Mouritsen. "A lot goes into those decisions."

The VEX Robotics Competition is the largest and fastest-growing middle and high school robotics program globally with more than 20,000 teams from 50 countries taking part in more than 1,700 competitions worldwide. Students, with guidance from teachers and mentors, build innovative robots and compete from October until May of the following year.

First Tech Challenge (FTC) challenges students to think like engineers by designing, building, and programming robots to compete in an alliance against other teams. MHS also competes in First Robotics Competition (FRC). 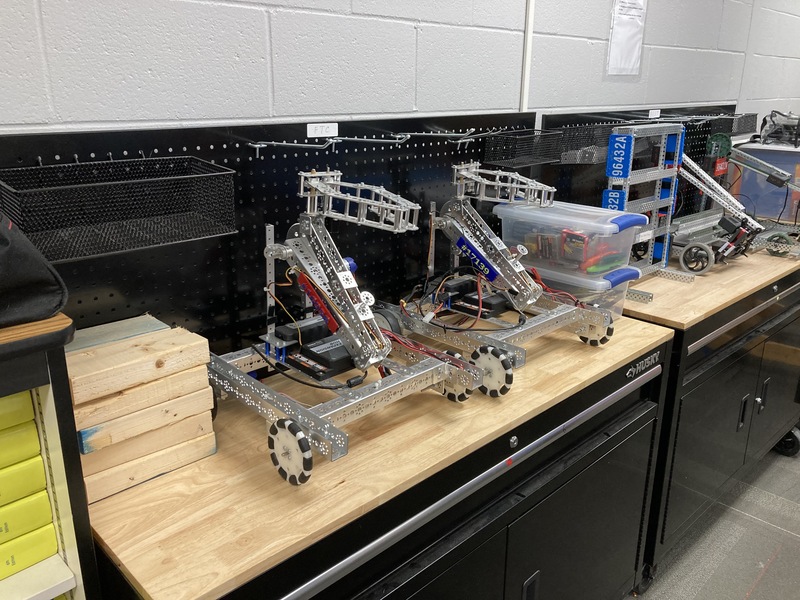 To rattle his students out of their comfort zones, Mouritsen makes them rotate responsibilities from one competition to the next.

"If you're captain at one competition, then you're coding or designing at the next one," said Mouritsen. "We want to nurture and develop well-rounded students. That's as important as anything."

MHS robotics built two robots, Big Bertha and BBJ, for its first competition in January 2017. Each remains on display in Mouritsen's classroom. The robotics team added a scissor lift to Big Bertha, which is crucial because it "was barely a defensive robot when we took it to competition," said Mouritsen. "I'll always be proud of Bertha." BBJ will ultimately launch balls into targets of different heights. Each robot is outfitted with red and blue bumpers so they can easily change teams.

During the 2020-2021 school year, competitions were limited because of the ongoing Covid-19 pandemic. There were plans to offer a robotics class as recently as March 2020 before Covid-19 canceled the remainder of the school year. Rising senior McKenna Hall was a state finalist in February 2020 before the virus wiped out the final competition.

"Covid has been a nightmare for us all, but we're hoping with it in the wane we can take the next step," said Mouritsen.

The well-rounded Mouritsen boasts a broadcast engineering degree with extensive engineer training. He worked for 40/29 News in Fayetteville before getting into teaching. Mouritsen, who earned his computer science certificate four years ago, began his 30th year as a robotics mentor on Monday, July 26.

"I've been drawn to this line of work since I saw the movie Fantastic Voyage for the first time," said Mouritsen. "The shrink down this submarine and break up a blood clot that was threatening a famous diplomat's life. These days, we're using nanobots in medicine, so I guess you could say it all came full circle for me." 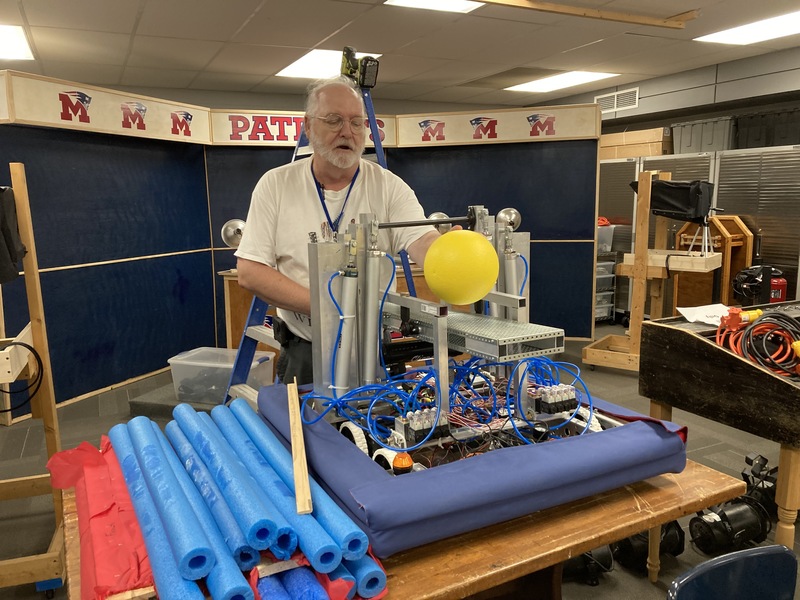 The robotics program comes with a price tag. The MHS team has gotten financial support from an engineering firm in Memphis, as well as community grants from Walmart and NASA.

"We're always looking for as much help as we can find," said Mouritsen. “It takes about $10,000 annually to build and code a robot, and that type of money doesn’t grow on trees.