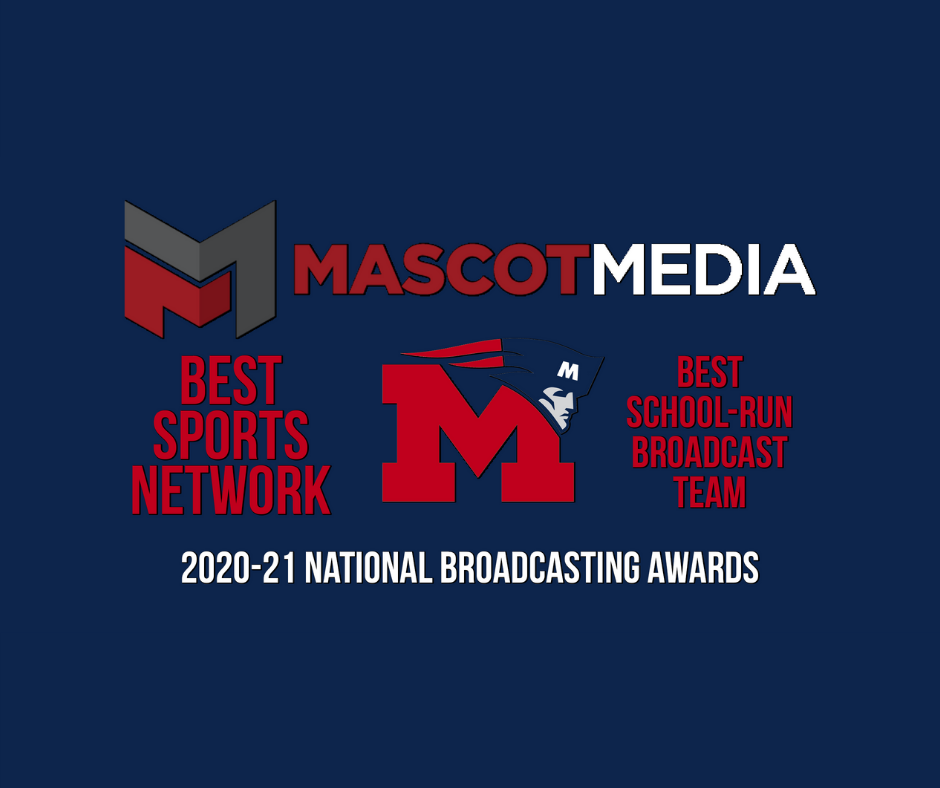 MPAN provides free livestream coverage of Marion School District events at marionpatriots.com and through the Marion Patriots Mascot Media app. These live events include live commentary, stats, multiple camera angles, and more. The service is made possible through Mascot Media, which partners with schools and organizations across the country.

“We couldn't be more proud of our broadcast team's national recognition on Wednesday afternoon,” said Marion superintendent Dr. Glen Fenter. “We are pleased to be able to produce professional-quality broadcasts that showcase the efforts of our students. Through the dedicated work of our staff, parents, relatives, friends, and anybody else in the community can see some of the great things our students are doing, even when they can’t be there in person. MPAN is a great tool we have to tell our community about the amazing things happening every day in our district.”

“I'm blown away by the support we've gotten from our community and administration,” Marion communications specialist and regular play-by-play announcer Tyler Bennett said. “It's unreal how many people believed in this product and worked to make it happen.”

A select number of National Honor Society students assisted with cameras and production during the 2020-21 school year, an opportunity that will be offered again this year. Former students have leveraged their experience working with MPAN into opportunities beyond high school. Two former MHS student camera operators have worked for Division 1 colleges as stadium and team camera operators. Another former student operated cameras for ESPN regional broadcasts.

“This is nothing short of a testament to this incredible community,” former MPAN Athletics Media Specialist Landon West said. “We had so many people put aside their lives to make this a special product and it's nice for them to get this recognition.”