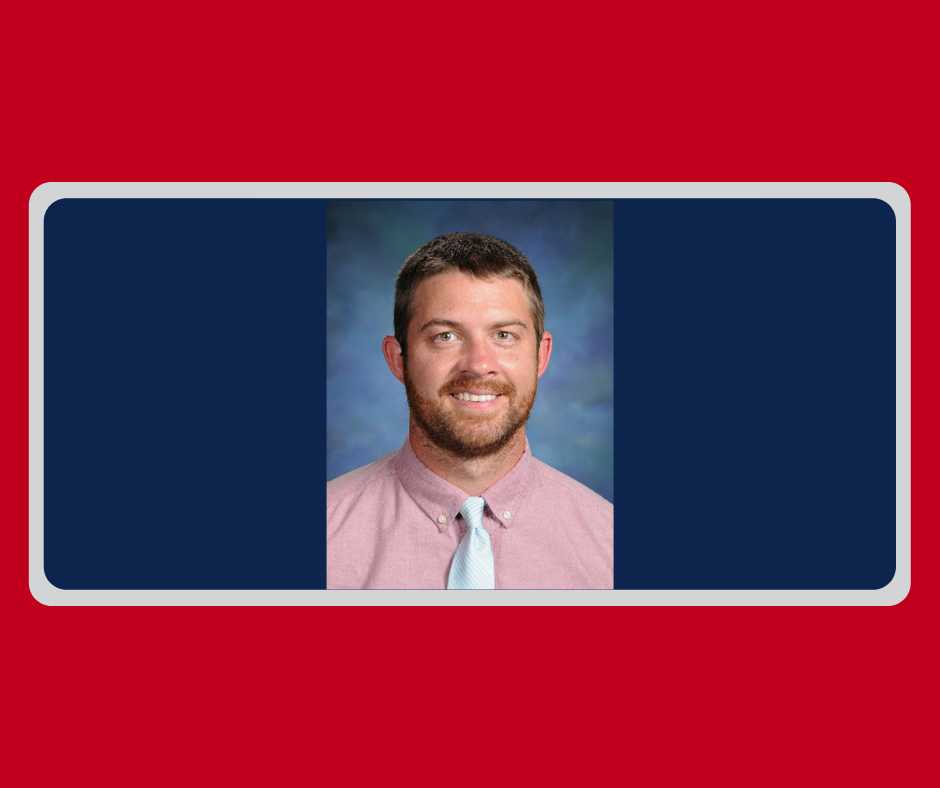 Marion High School is proud to announce the hiring of Lance Clark as its new football coach. The hiring was approved Thursday night by the Marion School Board.

Clark joins the Patriots after three years as associate head coach at Little Rock Christian. While at LRC, Clark was part of a staff that appeared in the state finals for three consecutive years, winning the championship in 2018. He replaces Keith Houston, who left the Patriots after compiling an 18-13 record over his three seasons.

Marion Athletic Director Derek Harrell said the district is excited to have a coach of Clark’s caliber leading the football program.

"We experienced incredible interest in our open position, and we spoke to several highly qualified candidates,” Harrell said. “But Coach Clark truly stood out. He brings tremendous football knowledge, with proven experience on both sides of the ball. Everyone we talked to spoke of him as one of the up-and-coming coaching talents in Arkansas high school football. He’s clearly ready for a head-coaching position, and we are excited for him to lead our program.”

In addition to his time at LRC, Clark also spent nine years coaching at some of the top high school football programs in Alabama, including Bob Jones and Sparkman high schools. He has been an offensive coordinator, a defensive coordinator, special teams coordinator, offensive line coach, and defensive backs coach. He is originally from Huntsville, Ala., where he was an all-state football, basketball, and baseball player at Madison Academy.

“I’ve been fortunate enough to be a part of some great programs over my career,” Clark said. “I’ve learned something from the coaches and players at every stop that I still carry with me to this day. I’ve coached for and against nationally ranked teams at the highest level of high school football in the state of Alabama. I have won and lost state championships on both the offense and defensive side of the ball. I have won and lost rivalry games. And what I have found is that all of my past experiences have uniquely prepared me for this awesome opportunity at Marion. As a player in high school and college, and as a coach, I have learned that humility, hard work, and toughness are traits that are required to be a great coach, and I have learned those lessons through all of my experiences preparing me for this opportunity.”

Clark said he is excited about joining the Patriots and being part of both the school district and the overall community.

“When I look at a job, I look at the community as much as the job,” he said. “My wife and I want to put our roots down somewhere and do something special with a group of people who also want to be a part of something special. Marion is a community and program with a lot of promise. The town is growing and is looking for ways to continue to grow. The school system is being creative in trying to give our students the best opportunities possible to become successful. Overall, it is a wonderful community with character with a desire to grow. We wanted to come be a part of something special with the community.”

Clark is wasting little time in preparing for the 2021 season. On Thursday, he met with Patriot assistant coaches. On Friday (June 18), he was traveling to Little Rock to watch Patriot players participate in a 7-on-7 event. Next week, he will travel with players to football camps. With practice for the fall season only a few weeks away, he said he’s jumping in head-first.

“I’m most excited about getting to know and work with the players, coaches, and their families,” Clark said. “I think nothing is more exciting in life than getting to laugh, cry, sweat, and fight with people you care about. It is a beautiful thing. So I am most excited about mixing it up with the players and staff. Look, we want to build a product that brings pride, joy, and respect to the community. That’s when it’s fun. We want to give our players the best chances possible to take the lessons and successes from our program and then apply them to go on and do great things with their lives. Ultimately, our goal is to build a championship program that has sustained success. We want to win. We do not apologize for that. We want our players in the youth league, seventh grade, eighth grade, Junior High, JV, and Varsity teams to take pride in competing and winning. That is how you sustain success.”

Marion High School Principal Paul Johnston said he thinks Clark will be a good fit for the MHS school culture.

“Coach Clark clearly knows what it means to be part of a winning culture,” Johnston said. “So we are excited about that. But more importantly, he is someone who is outstanding in his ability to build relationships with kids, with assistant coaches, with other staff members, and with parents. That’s an important quality that we want to have in our football coach. He’s going to be a great fit.”

Clark said his football philosophy comes down to blocking and tackling. He said he has seen great teams that played with a variety of different styles, but the common thread, he said, is that they block and tackle at an elite level.

“This game is meant to be played physically,” he said. “You can’t cheat the game. She knows when you're trying to cut corners and find other ways to have success. Playing the game with passion and physicality brings confidence to your team, and with that confidence, you can do special things.”

For the Patriots, he said this will mean success will start with the offensive line. That will help the running backs and quarterback, which in turn, will help the receivers.

“In the modern game, you have to be versatile, multiple, and move your best players around and change the eyes and expectations of the defense,” he said. “So what you can expect from us is that we will be multiple, physical, and find ways to get our best players the ball in a variety of ways.”

On defense, Clark said it all starts with running to the ball and anticipation. Running to the ball helps with tackling and brings energy to your sideline and stands. He said anticipation comes from your preparedness level -- the best defenses know what's coming before it happens. Defense, he said, must be “fast, flexible, and fun.”

Ultimately, Clark said he wants the Patriot football program to prepare his players for life. Football, he said, can provide lessons and experiences that players will use on whatever path they choose after high school.

“Man, football is the greatest game on this earth,” he said. “I know I am biased, but I really believe that. It teaches us so many lessons about perseverance, selflessness, confidence, and unity. It’s the great melting pot inside of a community, where kids from all walks of life can come be a part of something together that is special and hard, and learn to fight and do life together. You get hit, you have to get back up and do it all again, and to be great you have to take joy on that journey. I can’t think of a greater teacher of life. So, if you’re a student not currently playing football, come on out and give us a shot, you won’t regret it. And if you’re a parent, encourage your kids to play football; it will prepare them for life long after high school.”