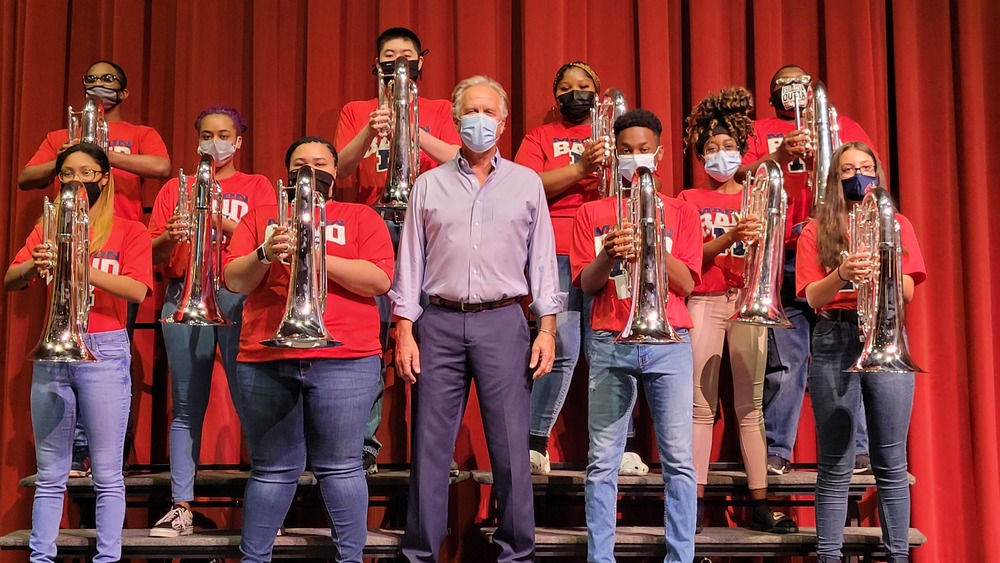 Patriot Pride Band to march in style this fall

The Marion Patriot Pride Marching Band will take the field in style this fall with new marching brass and percussion instruments.

The percussion equipment includes five bass drums, four snares, and two sets of tenors. These state-of-the-art drums were first released on the market this summer by Conn Selmer Inc., and Marion is the first school in Arkansas to obtain a co

mplete set, with the assistance of Amro Music Inc. from Memphis.

“These are the greatest drums I have ever played on,” said senior Eddie Wilson, the band’s percussion section leader. These drums are also the easiest drums for percussionists to carry, built with the physical well-being of the musician in mind.

The Marion Band also received eight new “contras,” which are over-the-shoulder marching tubas. In addition to the tubas, the band also will debut 10 new baritones and eight new mellophones. All of the brass instruments are from the Ultimate Series made by King, a division of Conn Selmer Inc.

“These are the same instruments used by the world champion drum and bugle corps, The Blue Devils,” said Director of Bands Monty Hill. “The support of our superintendent, Dr. Glen Fenter, and the Marion School Board has been absolutely an inspiration.”

In addition to thousands of dollars of new equipment, the Marion Patriot Pride Marching Band will also perform in style wearing new uniforms designed by the world-renowned uniform designer Michael Cesario, associated with Fred J. Miller Inc.  These uniforms, displaying the Marion red, white, and blue will be seen throughout Arkansas and the Mid-South when the band returns to the contest circuit on Saturdays in October and performs under lights on Friday nights this fall. 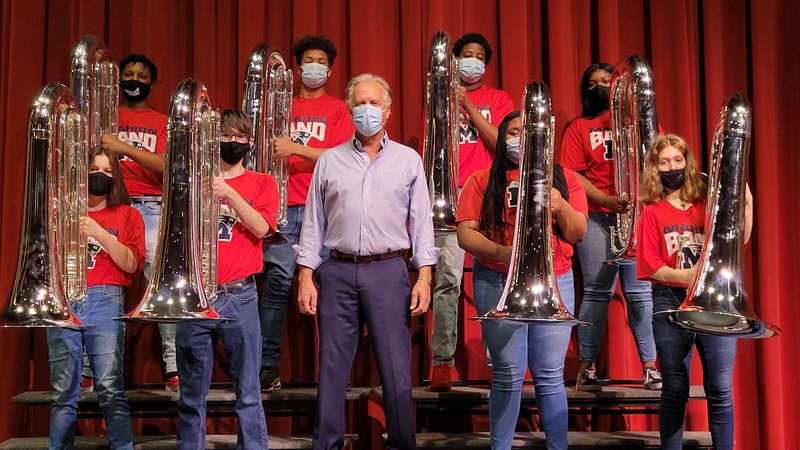 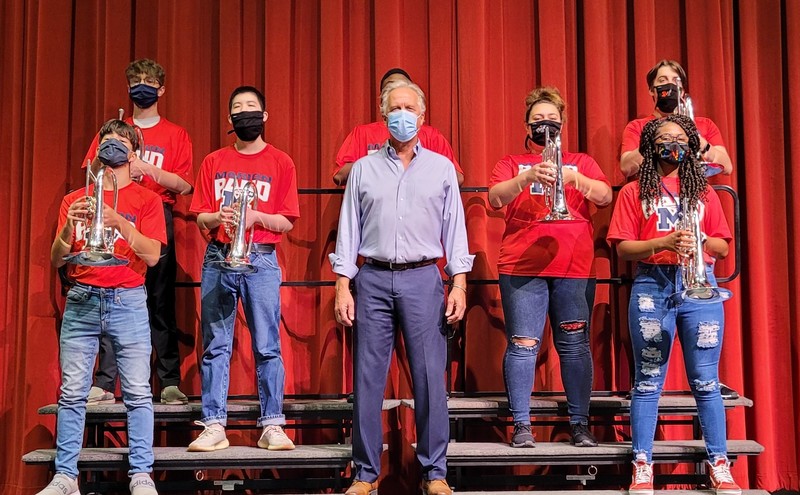