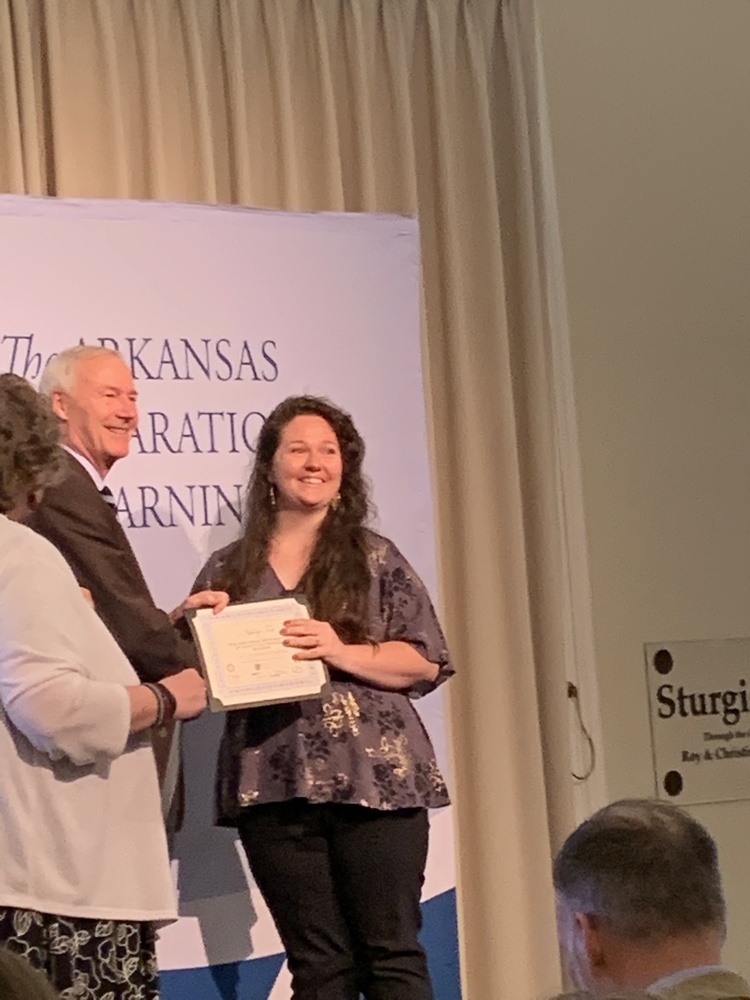 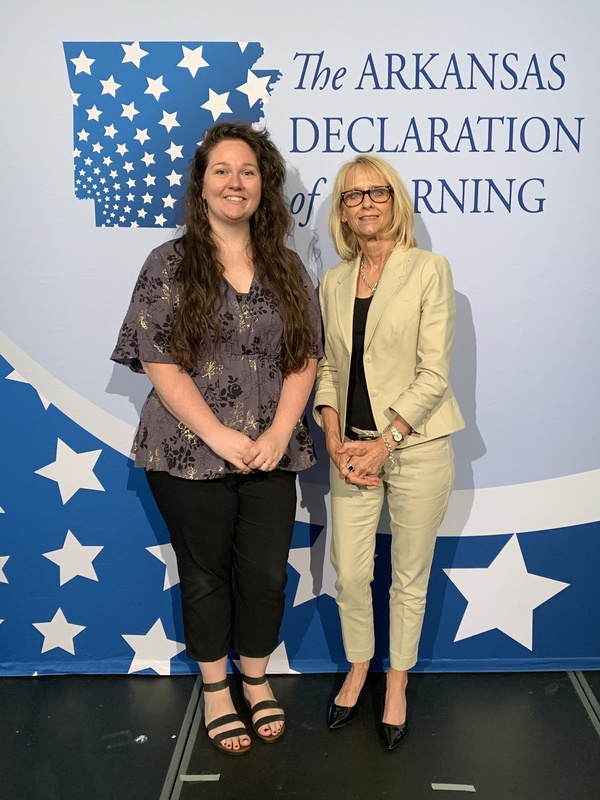 Ashley Tew, visual art teacher at Marion Junior High School has successfully completed the Arkansas Declaration of Learning program.  Governor Asa Hutchinson, keynote speaker, personally recognize Ashley on stage for her accomplishments.  The Arkansas Declaration of Learning program is very competitive.  Educators selected for the 2018-19 program began with a week-long intensive training led by state and national partners during June 2018. During the training, participants learned to use historic art and objects in their classroom and school libraries to bring the subjects they teach to life. During the school year, they developed dynamic unit and lesson plans – and launched a civic engagement project – that helped engage students in active learning and illustrated the importance of civic engagement.  Ashley did an outstanding job in the program, and we are looking forward to recognizing their achievements.  She was 1 of 28 across the state to complete this program.

This program also highlights the excellence of education in Arkansas. Arkansas is the pilot state for this national program which brings object-based learning and national resources to classrooms and school libraries. The initiative is led by the U.S. Department of State’s Diplomatic Reception Rooms in partnership with the Arkansas Department of Education, Crystal Bridges Museum of American Art, the William J. Clinton Presidential Library, the Clinton Foundation, and the Central Arkansas Library System. In 2019-20, the program will expand to other states and launch a national website. The units, lesson plans and civic engagement projects created by Ashley will be featured on this website and used by educators across the country.

Congratulations Ashley Tew for personifying excellence in education and representing the Marion School District.  We are proud you are a part of the Patriot family. 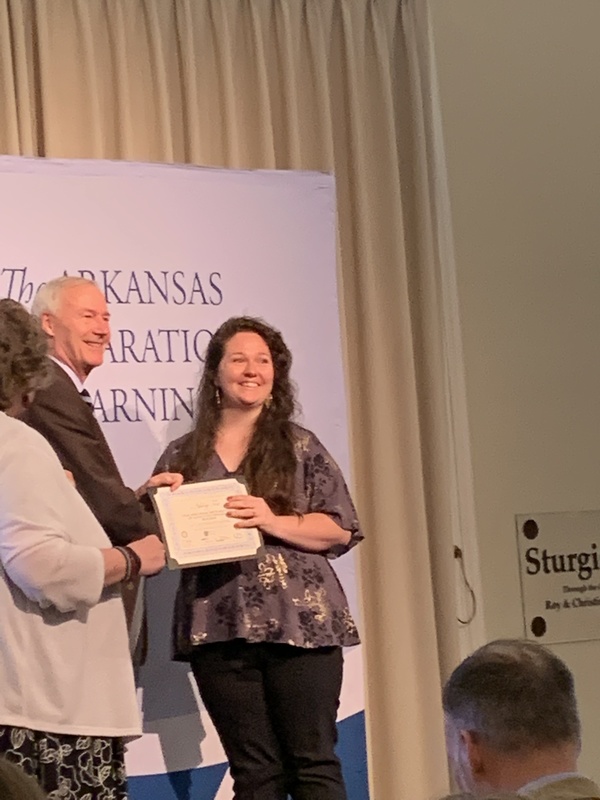