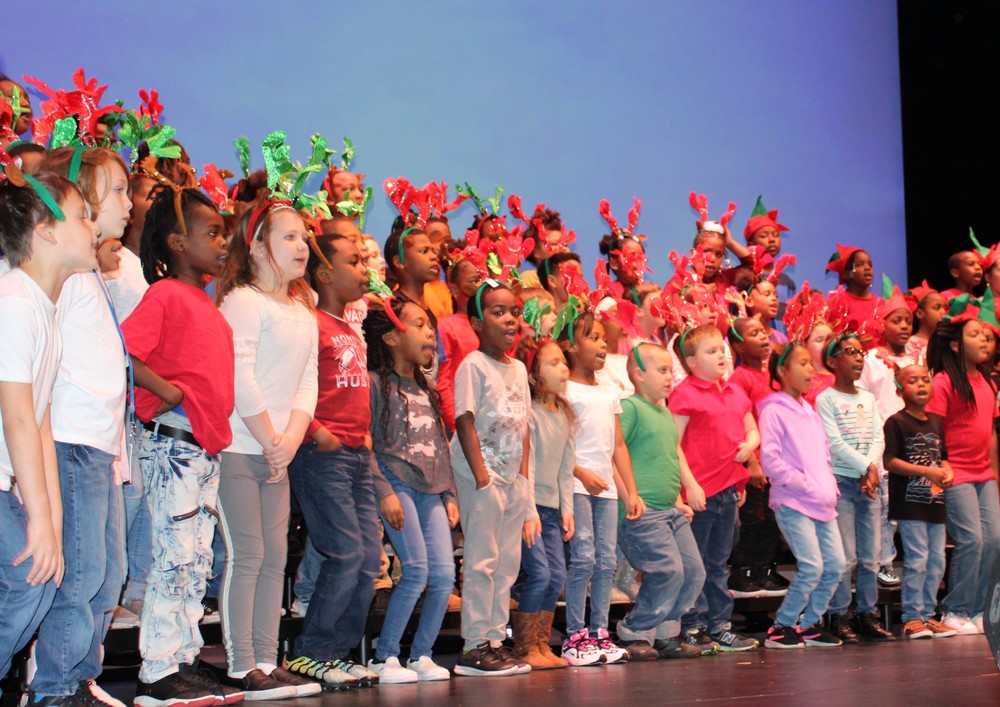 Marion VPA had its 2nd annual Christmas Spectacular on Friday, December 6th featuring the VPA Allstar Choir and 1st-3rd grades performing the musical “Presents on Parade”.  The performed wowed an audience of over 700!

The 1st-3rd grade performance of “Presents on Parade” featured a host of student actors accompanied by a large chorus. The interactive merriment ensured that all guests left being filled with the spirit of Christmas. The program would not have been a success without our amazing staff. These staff members gave countless hours to ensure that everything went perfectly: Barry Bates and Tess Billings - music direction, Whitney Hall - drama and stage direction, Brandy Allison- event coordination, and the rest of the Encore Team: Kim Watson, Courtney Shumock, and Natalie McNeely.

A huge thank you and round of applause to our 1st-3rd grade teachers who helped ensure that this year’s program was VPA’s best performance yet!