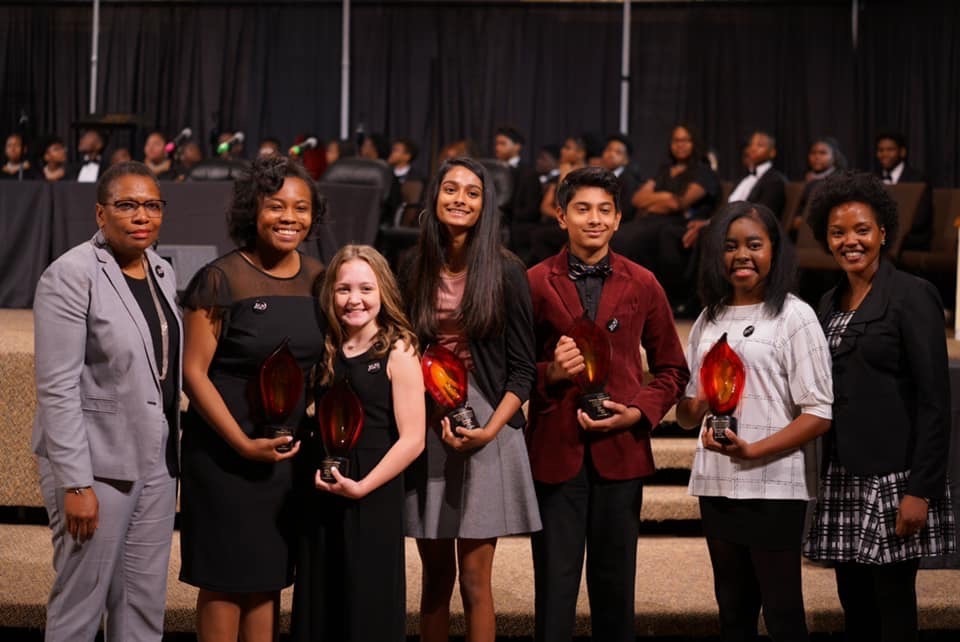 “You can’t let anyone get you down just because you’re young. Find someone who believes in you and you can help change the world.”

Mia Adkins, a sixth grader at Marion’s Herbert Carter Global Community Magnet School (HCGC), had a strong message of encouragement for anyone who has thought about making a change but hesitated because of their age. The 11-year old set up a fundraising campaign that has helped people in need around the world and has gained national recognition.

Mia started a campaign called Change for Change after a visit to HCGC from a group called the Thirst Project. The Thirst Project is a non-profit that provides clean drinking water to people in countries that do not have it.

Change for Change was created last school year after the visit to raise money for the Thirst Project. Jars were placed around the school’s campus to collect spare change, and the students that raised the most money won a prize.

However, the real winners were the Thirst Project and the lives impacted by it. HCGC students raised over two thousand dollars for the Thirst Project, the equivalent of twenty new wells of clean water for families in South America.

Mia and HCGC principal Adam O’Neal said there are plans to make Change for Change an official school organization and spreading it beyond their walls. Mia said they want to spread the movement to Marion’s two other magnet schools and that she wants to continue the organization even after she moves to the seventh grade.

“It says it in the name of our school: we’re all about making kids put what they learn here in perspective with their community and the rest of the world,” O’Neal said. “We’re learning things here that can and will change the world, so it makes me feel really proud as their principal.”

Over the summer, one of Mia’s teachers informed her of an award that the National Civil Rights Museum gives out to students called The Keeper of the Dream Award. According to their website, the award “celebrates and recognizes the heroism of many young people who will have the amazing responsibility of safeguarding our freedom while ensuring equal rights and opportunities for others.”

The award is usually given to high school students, but they decided to apply for it anyway because of the prestige behind the award. Mia had to write several essays, file a lot of paperwork, and get recommendations from the HCGC principals, but they were committed to getting Change for Change the recognition it deserved.

In early October, Mia found out that she was one of this year’s five award winners at an assembly in front of her classmates. On October 30, she accepted the award at a ceremony at the Freedom Award Student Forum in Memphis in front of a packed house at the historic Mississippi Boulevard Christian Church, including a group of HCGC students and teachers.

Mia also received the award in front of this year’s Freedom Award winners Hafsat Abiola, Gloria Steinem and John Legend. Despite all of the press, celebrities and students at the award ceremony, what Mia said she will remember from the event is not something one would expect an 11-year old to say.

“The event reminded me that there are people all over who care and want to make a difference,” Mia said. “I got to meet all these other people who are making a difference in the world and it reminded me that I was one of them. Anyone could be up there with them, you just have to find the right people to support you.”