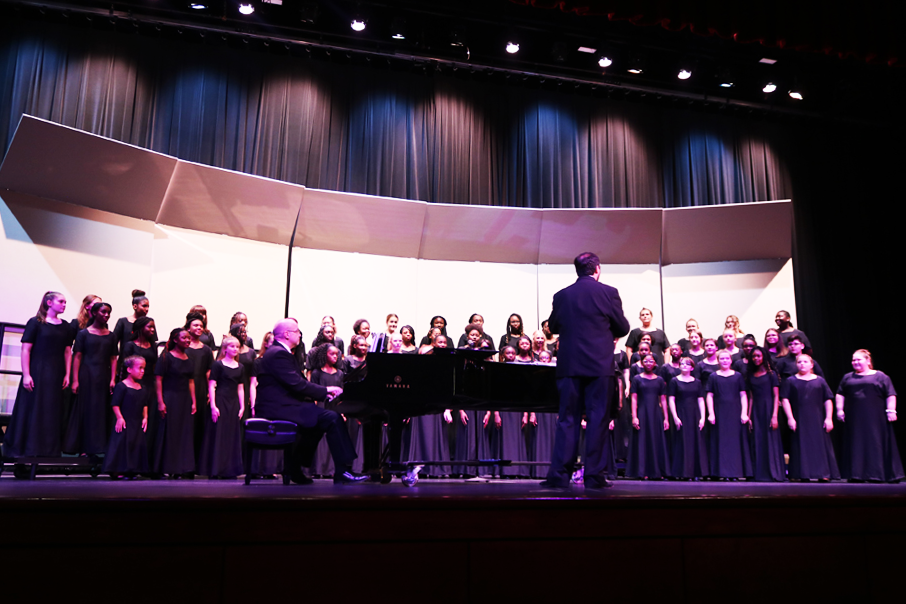 The seventh, eighth and ninth-grade choirs, along with the High School Ensemble and the High School Singers performed in their first concert on October 3 at the Marion Performing Arts Center. The pieces tested the singer's abilities, but was enough of a challenge for them to have fun.

The program was designed to push the singers' limits with difficult songs like “Kyrie Eleison,” a song written in Latin, and unorthodox songs like “The Disney Princess Medley.” The challenging song selection let the students display their vocal range and talent.

This concert would not have been possible without the choir directors Doug Conwill and Christopher Orr. The pair worked tirelessly to teach each individual how to sing correctly, then how to sing as a choir.

“I teach voice before choir, trying to improve each individual singer,” Conwill said, “other than that, I try to teach integrity and a strong work ethic.”

“The biggest challenge I had to overcome was learning to trust myself and my voice,” soloist Sophia Rodriguez said, “to believe that I can do a good job and have a good outcome, learning to believe in myself.”

For those wanting more live entertainment, the trio Gentri will be performing at the MPAC on October 24. Tickets cost 15 dollars and are available at the central office or by calling Conwill at 739-5130. 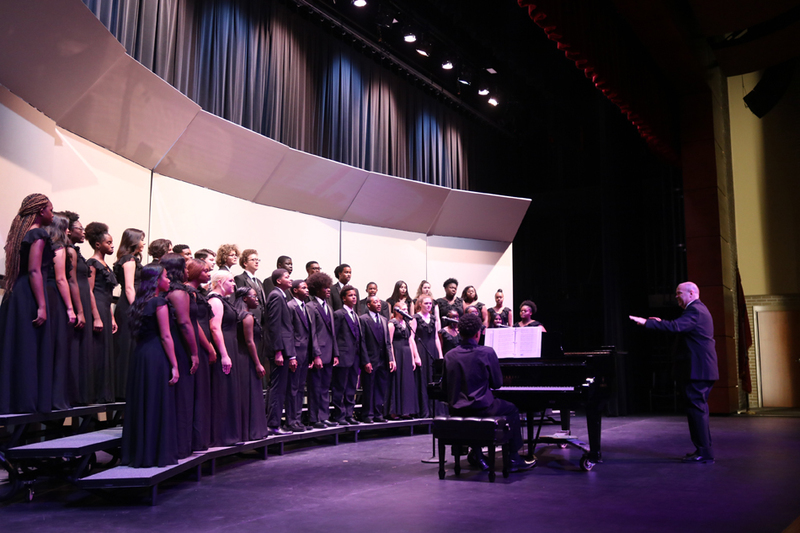